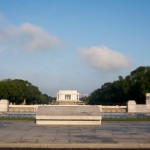 So, back at it. And for good reason: it’s time. It’s been a wild ride. Major life changes – with no small amount of crazy. And crazy busy. Grateful to say hello again to this process here – and to let it be a part of my process.

So, in the early days, I took my cameras everywhere; bought 35mm slide film by the 100-roll case; shot and shot and blew all my money on that film and the processing of it. I was excited. Life was good.

Photography still excites me, but life tends to quell that excitement at times. Things have become a case of doing it because I am getting paid. Mostly. Even though liabilities have increased dramatically recently (gulp), 2011 and 2012 have been very busy, solid years and I’ve had plenty time behind the lens, and it’s been mostly satisfying work. I have a recently-formed association with a long time friend, colleague and stalwart of the industry, Jim Raycroft. For anyone who knows Jim, it is needless to say that we are on the road – a whole lot. Thankfully, it’s the end of the busy season and I have time to sit and write on this here blog.

A friend said to me recently: “I’ve never watched you shoot”. Her words did not strike me immediately as being anything more than expressing interest in seeing me do my thing. But, as is my nature, words often take time to soak in. Those words eventually came to be understood, whether intended or not, as “George, why have I never seen you shoot?” Well, damn the torpedoes. I’m going to start doing my own stuff for my own reasons again.

The most recent trip was to Washington, D.C. and New York City for a couple of hotel properties and – what else – a big boat. It’s great work, but all work and no play  has been my story, lately. Sad. Sort of. Unless you are reading this and have no work. Which, as we all know, is the case with too many people.

So, I found a few hours one morning to go and make some photographs. I have spoken on this blog about photo walks before (see: Following Through on a Threat) I have not yet learned to detach. No; far from it. But, I had gotten used to just walking by the same places again and again making something from nothing. Making something from things I’d seen a hundred times and finding a new way to look at them. Exciting.

So, we’ve all seen these couple of Washington things before. Here is my take on them.

It felt good to simply be a Tourist. Shooting.

P.S.: The launch of a major, long-term project is under way. The first shoot is arranged and the team is being assembled. Some of you may have heard something of it before. It is evolving, conceptually and strategically – as this blog will. I’ll keep you posted.